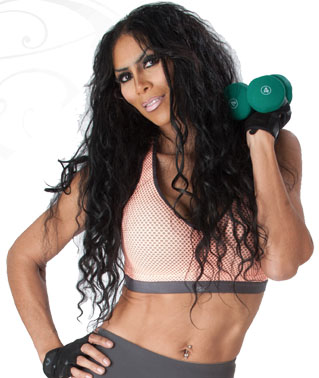 Why You Need Emotional Intelligence To Succeed

When emotional intelligence first appeared to the masses, it served as the missing link in a peculiar finding: people with average IQs outperform those with the highest IQs 70% of the time. This anomaly threw a massive wrench into what many people had always assumed was the sole source of success—IQ. Decades of research now point to emotional intelligence as the critical factor that sets star performers apart from the rest of the pack.

Your emotional intelligence is the foundation for a host of critical skills—it impacts most everything you do and say each day.

You Can Increase Your Emotional Intelligence

Plasticity is the term neurologists use to describe the brain’s ability to change. As you discover and practice new emotional intelligence skills, the billions of microscopic neurons lining the road between the rational and emotional centers of your brain branch off small “arms” (much like a tree) to reach out to the other cells. A single cell can grow 15,000 connections with its neighbors. This chain reaction of growth ensures it’s easier to kick a new behavior into action in the future.

As you train your brain by repeatedly practicing new emotionally intelligent behaviors, your brain builds the pathways needed to make them into habits. Before long, you begin responding to your surroundings with emotional intelligence without even having to think about it. And just as your brain reinforces the use of new behaviors, the connections supporting old, destructive behaviors will die off as you learn to limit your use of them.

The BMC is supporting This Girl Can – a new national campaign from Sport England and partners to encourage more women and girls to get active regularly.

It’s a celebration of active women up and down the country who are doing their thing no matter how well they do it, how they look or even how red their face gets. It aims to demonstrate that girls and women of any size, ability or experience can make sport an enjoyable part of their lives.

Based on insight into women’s sporting attitudes and experiences, the campaign uses humor and a sassy attitude to tackle the fear of judgement that prevents many women taking part in sport and activity.  It uses slogans including:

I’m slow but i’m lapping everyone on the couch

I kick balls. Deal with it.

The campaign aims to tackle the rising gender gap between the number of men and women playing sport.  However, with 75% of 14-40 year-old women in England cited as wanting to exercise more, the campaign aims to break down the barriers to what is stopping those women from getting started.

Jennie Price said: “We found out by talking to women of all ages up and down the country that what’s stopping them is fear – fear of judgement. Whether that’s about how they look, whether they’re any good at it, or feeling guilty about spending time on themselves. This Girl Can is a celebration of all the women who are finding their confidence to exercise: it’s an attitude, and a call to action for all women to do the same.”

The campaign launches today (12 January) with a heavyweight national advertising campaign. Keep your eyes peeled and you may spot climber Jen Wood appear on your TV screen in the Coronation Street ad break at 7.45pm.

The BMC will be supporting the campaign over the next few months, starting with the theme This Girl Can: Climb, followed by This Girl Can: Walk and This Girl Can: Mountaineer. Keep an eye out for articles, BMC TV films, competitions and social media banter.  Are you an just getting into climbing? Let us know your experience and what fears you overcame to start climbing.

You can get a flavour for the campaign by watching some behind-the-scenes videos of the stars of the campaign and following @thisgirlcan.

Find out more about This Girl Can

Get inspired and join the conversation: #ThisGirlCan

Being an active woman rarely involves looking picture-perfect — and a new commercial shows that there’s nothing wrong with that.

Sport England, an organization providing services and funding to sports programs in the UK, launched the “This Girl Can” campaign on Jan. 12 after research showed that 75 percent of English women would like to be more active.

“Before we began this campaign, we looked very carefully at what women were saying about why they felt sport and exercise was not for them,” Sport England CEO Jennie Price said in a press release. “Some of the issues, like time and cost, were familiar, but one of the strongest themes was a fear of judgement. Worries about being judged for being the wrong size, not fit enough and not skilled enough came up time and again.”

The 90-second ad shows women of all body types participating in their favorite sports — without any concern for what they look like. Phrases like “I jiggle, therefore I am” are interspersed with shots of women working out — cellulite, smudged makeup, sweat patches and all. None of the women featured in the ad are models or professional athletes, reinforcing the message that athletics are accessible to everyone.

“In ‘This Girl Can’ we want to tell the real story of women who exercise and play sport,” Price said. “They come in all shapes and sizes and all levels of ability. They have a myriad of reasons for doing what they do. If you are wondering if you should join them -– or carry on -– this campaign says it really doesn’t matter if you are a bit rubbish or completely brilliant, the main thing is that you are a woman and you are doing something, and that deserves to be celebrated.”

With any exercise, there are certain precautions we need take to avoid getting injured — even starting with what we wear to work out. But if you’re a women who likes to run, the quality of your sports bra may be as important as your running shoes when it comes to staying injury-free.

Dr. Jenny White is a part of the Research Group in Breast Health at the University of Portsmouth in the UK, which has looked at the effect of high-impact exercise on women’s breasts. She spoke with the web series #OWNSHOW about her research findings.

“We asked lots of female volunteers to come into our lab and we filmed them… running in different sports bras, and without bras as well, to understand what happens to the breasts whilst we run,” White explains in the above video.

Many people assume that the movement is a predictable up-and-down motion, but the research says there’s much more going on.

“We found that actually only 50 percent of the movement is actually up and down,” she says. “Actually we get quite a lot of side-to-side movement, and movement forwards and backwards as well.”

If you’re not protecting your breasts properly, all of this movement doesn’t just mean you may have an uncomfortable or even painful run. It actually could cause your breasts to sag prematurely.

“The breast is very delicate as a tissue, and it doesn’t have any muscles to support it,” White says. “So, if we keep stretching that tissue over time, we do think that it could lead to premature sagging of the breasts.”

The best way to help prevent this is to make sure you’re wearing a supportive sports bra when you run. Some women also do pectoral exercises to firm up the muscle underneath the breast, and while White warns that this isn’t likely to reverse sagging, she believes that it does have its value.

“If you can train your pec muscles, then you’ll generally feel fitter, and that might help to reduce any breast pain anyway,” she says.